Cocktails in Catalonia! A Mini Guide to Drinking in Barcelona

| A mini guide to drinking in Barcelona |

If you have seen my food guide for Barcelona, you’ll know that I did a lot of planning when it came to eating out – We like our food! We also like the odd drink (cocktails preferable!), and finished most of our evenings checking out some of Barcelona’s most highly rated bars. The map below shows all the places we wanted to visit (red circles) and all the restaurants (blue squares) that particularly appealed to us. The bit you want to focus on for this post, is the black diamonds; each diamond is one of Barcelona’s best bars – from intricate historical buildings serving up Flamenco dancing as well as booze, to teenie-tiny bars holding no more than 15 people, serving home-brewed rum in coconuts! I kid you not…

First up, located just five minutes from La Rambla and Boqueria market, is a place called Marmalade. We’d read online that they were known for offering cheap cocktails at €5 a pop, so figured it was worth checking out! We got there and after seeing the sign outside advertising their €5 cocktails, found ourselves a seat and grabbed a menu. Marmalade is designed to have a swinging 1950’s Havana/New York feel and is decked out with copper clad antique walls and beautiful furniture arranged into four separate styled seating areas. The cocktails all sounded great, but not all were priced at €5. When we enquired, the waitress simply said ‘we don’t do €5 cocktails’, even though there was a sign outside their door stating otherwise…. Confusion aside, it seems they only do the cheaper cocktails with brunch. The cocktails were still not unreasonable at between €5-7 each and my Berry Caipiriña (Brazilian Cane Rum, Raspberry Liquor, Crème de Cassis, Lime and Sugar) was delicious! You can see their full cocktail list here.

Pic from http://bit.ly/1I8uPpf – I drunk mine too quickly to take a photo!

Milk is Marmalade’s older sister and is located in the heart of the Gothic Quarter. It’s quite different to Marmalade; it’s much smaller and has a more relaxed and intimate feel to it, with handmade sofas lining the edges, gilded picture frames, antique chandeliers and cheerful 50’s print wallpaper. Just like Marmalade, Milk also has a good sized cocktail menu. As an avid passionfruit fan, often partial to the occasional tequila, I opted for La Cucaracha (€5) made with tequila, passionfruit liquor, fresh passionfruit, apple juice and lime… YUM!  Both Milk and Marmalade also serve food, with Marmalade especially known for their homemade burgers. We never ate there in the end as there wasn’t a great deal for Veggies and there were places that appealed to us more!

You know I mentioned teenie-tiny bars with home-brewed rum?? Well this is the place! Aptly named, The Box is also in the Gothic Quarter, about a five minute walk away from Milk. Known for serving extra large gourmet hot dogs with a variety of toppings (I believe pineapple salsa features on the menu!) and home-brewed flavoured rums, this place really is the epitome of ‘best things come in small packages’. With just the seats along the bar and a small area opposite running parallel, The Box can’t hold more than 12-15 people seated. The bar seating is great as you get to watch your cocktail created right in front of you. They offer a large selection of flavoured rums all stacked in giant bell jars; Gary chose the ‘house special’ cocktail, created using pineapple and cinnamon rum, and I decided to go all out on a fresh coconut cocktail made with the coconut water, fresh strawberry infused rum and a few other unidentifiable liquids. It was a great experience to watch the coconut being carved and the cocktails being made right in front of us, and they definitely packed a punch. My rum-infused strawberry garnish nearly blew my head off! Definitely worth a visit 🙂

As a self confessed gin lover, I had to pay Bobby Gin a visit! It was also conveniently located just five minutes North of our hostel, which would be around a 20-30 minute walk from ‘central’ Barcelona. Equipped with a plush wooden bar, white stone walls and chic furniture, Bobby Gin offers amazing gin concoctions and unusual, but apparently delicious tapas. Rated as one of Barcelona’s best gin bars, we only went for drinks, but seeing the food made me desperately want to return for nibbles one day! I opted for the Santa Marea (gin, chardonnay, milk thistle syrup, thyme, sage and lemon juice) which was incredible. Gary is not a gin fan at all, but luckily there are also lots of options for gin-haters! The drinks are pricier than other places we visited, but it was still worth the €10-12 for the great experience and unique gin cocktail. PS. For the ultimate gin lovers, just five minutes walk from Bobby Gin is the Old Fashioned Gin Bar which is also highly rated (it’s even rated the 10th best thing to do in Barcelona!).

Although technically a restaurant, Cera 23 is definitely worth a mention due to the amazing mojitos they serve! We went there for dinner, but after a big lunch we could only manage drinks and both opted for passionfruit mojitos, which were amazing! There is a small bar area which seats around 6-7 people, which means you can watch the cocktail connoisseurs at work. They offer a range of fresh fruit mojitos, including coconut and blackberry, alongside a large selection of wines, spirits and beers too. Cera 23 is supposed to serve incredible food, and hopefully one day we’ll be able to try it for ourselves!

We had planned to head to Palau Dalmasses, but unfortunately never got around to it! We originally looked at watching a Flamenco show here, but even though this place is one of the cheapest options for Flamenco, we decided against it in the end due to attempting to save our pennies! The place itself looks awesome though, and I believe you can just go in for a drink. An old, Gothic building with a really romantic vibe; there is bare stone throughout, intricate metal gates and fixtures and original walls. It looks beautiful from the photos and we would definitely go for a drink next time we are in Barcelona! Also not visited but worth mentioning: 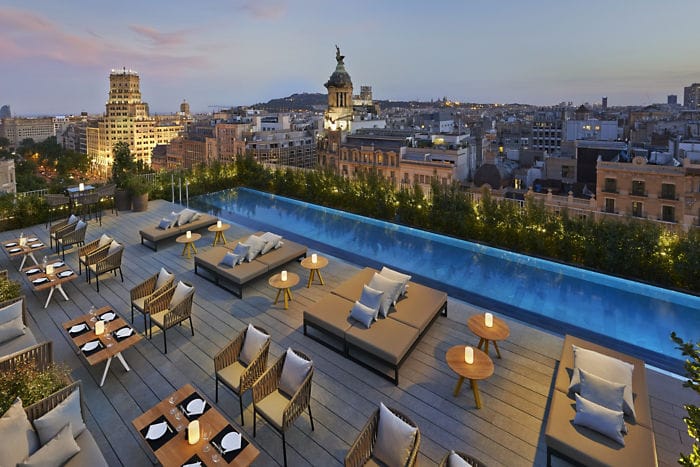 I hope this mini-guide proves useful! If you have any comments/ suggestions for places to add – please comment below and I can add them to the list 🙂

Full time vegan explorer travelling indefinitely from Aug 2016. Follow my adventures to see how long I can stay on the road for and what vegan goodies I find along the way! ☀❤

welcome to the wild life!

SEARCH FOR POSTS BY CATEGORY

plan your next adventure!